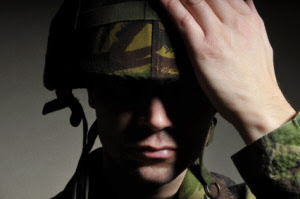 When I began this journey
It was not any fun
And now I'm back to step one
With old promises ringing
In my ear for a new change
The trajectory is down for this ship
But the deck chairs they rearrange
We got this, to the public they say
This is wrong, its not our way
You profess
And yet more walk with me
Not less
Kevin McGill


The video documentary, The Invisible War, continues to draw me back to one of America's most visible stains. Our armed forces still has a problem with sexual assault and sexual harassment. I remember the words of Coast Guard recruit Kori Coica, a vibrant young woman, stationed in Saginaw River, Michigan.

"I was the only female in my section. I had a supervisor- it got to the place where I'd get calls at 3 o'clock in the morning, and he'd be drunk at a bar, telling me to come get him, and I'm like- 'I can't, I'm in bed. He would then threaten me. I'd walk in from training and he'd be sleeping in my bed. ' It was in the evening around taps, he had unlocked the door and he had come in, and he had an erection and he tried to get me to touch him. I took my right hand and pushed him in the chest- and started to yell for the other guys to hear me. Kind of 'hey hey, hey!'- He hit me across the left side of my face. I remember holding the closet and thinking; 'What just happened?' And my face hurt so bad." -From the video documentary, The Invisible War.

Further complaints to higher ups in the chain of command were met with zero action until this supervisor raped Cioca in his berthing area. She carried the aftermath of her attack with her for years. Even with those testifying to his behavior, the Coast Guard chose to look the other way. And eventually ,because this situation was a reminder of the problem that the Armed forces had, she was quickly discharged from the Coast Guard like many others. The media eventually flipped on the spotlight, and in lieu of Cioca's story as well as many others, the combined commanders were called to give an account of this out-of-control epidemic of rape, unwanted sexual contact, harassment, and retaliation in the military in 2013. The generals stated their cases to members of Congress about why they should retain control over these issues. Most defended themselves by stating; "We have zero tolerance for such things," and "good order and discipline was needed in their command, and by removing this issue out of their hands, there would be a breakdown in leadership."


Kirsten Gillibrand specifically remarked to General Mark Welsh "I think there's a lack of understanding and training for this specific type of crime that is continuing to rise. So do you understand, General Welsh, that there is something that needs to be fixed?"

General Mark Welsh attempted to impress her and the panel of Senators by remarking on some research he had made using the data from Rainn, a national resource for sexual assault and loved ones: Rainn took our data put it in their model and for 2012 according to their statisticians we are one point something percent below their prosecution rate and 3% above their conviction rate so a fact on the table is that we don't have a very different problem than district attorney's offices around the country have. It's the same-- it's a horrible problem but it's the same problem so that's not the critical issue that makes the military different. The General, looking at the stats and comparing them to the Rainn stats on civilian rapes and sexual assaults seemed to infer that there was a problem, but the military wasn't so bad in dealing with it. That seems odd in light of the fact, the Air Force claims to "Aim high." He went on to remark to Senator Gillibrand who challenged him on his mindset that the problem took a “careful analysis of the data.” There were some obvious false equivalencies in the General's remarks. Among them is the fact that a survivor of this sort of crime doesn’t have the freedom or mobility to move away from their assailant. (Such as in the case of Kori Cioca)


“When we went to one of the higher ups in the chain of command, they were all like his drinking buddies, and they told me 'just because I didn't like somebody, they weren't going to switch me away from this guy.”

She had to see her assailant every day, report, and no doubt, salute him if he were an officer. Put yourself in her place? Can you imagine how that could play with your head? I note in my book, From The Outside Looking In, of one young sailor who went AWOL to escape his attackers. Heath Phillips jumped ship and escaped his situation only temporarily. The police picked him up and he was turned over to the harbor police. He was returned to the same ship and same situation. There are somethings you cannot assess by reading statistics.

But one thing you can tell by the stats, the problem hasn't gotten better. Since 2013 , sexual assault reports are up across the military: Estimates from DOD’s 2018 Sexual Assault Response and Prevention report peg incidents of unwanted sexual contact at 20,500, up from 14,900 during the last survey in 2016. That’s a 37 percent increase.

The Generals wanted to maintain control of their troops on this issue to insure good order and discipline. You would have to ask yourself, where is the good order? Where is the discipline? Since 2013 and before then, it would stand to reason, part of the objective should be that servicemen don’t rape their own. And it would be met with forceful results.

Especially in light of some of the new findings we see today. On July 7, 2016, Jacob Whisenhunt was accused of assaulting a female cadet in her sleeping bag while she slept during a summer field training event. The original verdict found the West Point cadet guilty and was sentenced to 21 years in prison for the rape. But because of a 3-man review and some archaic mindsets, Whisenhunt has been set free. "They found that because the victim did not struggle and Whisenhunt made no attempt to cover up their sexual encounter, the circumstances did not amount to rape beyond a reasonable doubt."- June 5,2019 Army Times I use the word archaic because it shows something that this three-panel review overlooked. During my research of rape victims, they don't cry o ut like many might imagine in the movies. Their first impulse is to freeze. This is instinctive for most survivalists of rape. These men of wisdom did not take that into account. The judges went on to write that they thought it was unlikely that the survivor wouldn’t gasp or cry out when she woke up next to Whisenhunt, which would have alerted others to an assault. “This is particularly true when there is no evidence that appellant threatened [the victim] or took any steps, such as covering her mouth, to prevent an outcry,” they wrote. June 4, 2019 Army Times

This decision smacks of the Aviano Sexual assault case in 2013 when LT. Col James Wilkerson’s case was overturned by LT. General Craig Franklin. The only difference is instead of one Commander's decision to do so, we now have three. And to add insult to injury, Wilkerson was promoted in rank.

One can only ask if justice really matters to the leadership in the Military.  Apparently some victims of this crime do not. "After a decade-plus of concerted efforts to address sexual harassment and assault, the problem has only gotten worse,” said Rep. Jackie Speier, D-Calif., during a House Armed Services Committee in February. “This isn’t a blip, a ‘me too’ bump, or some accident. It’s a clear illustration of a destructive trend and systemic problem.” And in truth military leadership isn't being asked to decrease in stature, but they're being challenged to look at the big picture of the Armed Forces.

In 2019, statistics alone won't get the job done. It will only give a smoke screen that an institution is attacking the problem. Leaders need to look at what is happening with their people if they seriously want to do something about rape in the military.

We can dress it up with slogans, sayings, and parades, but our first and last line of defense that attacks from within is doomed to self destruct, which is not good for America or anyone. We have been promised changes on this problem in the military since the Tailhook scandal, but the rhetoric isn't measuring up to the reality of it.

Special thank you to @Veracrusin on Twitter for alerting me to this story.
Posted by Kevin McGill at 2:50 PM